Las Vegas, NV. Once again, Attorney Jedediah (Bo) Bingham is making a mockery out of his client, Virgin Valley Water Board (VVWB), by gratuitously extending and misdirecting legal arguments in a dispute over water rate setting.  And the public allegedly served by the Water Board bears the price burden for his behavior.

On Monday, Bingham again appeared in Clark County District Court before Judge Timothy Williams. This time, Bingham had asked the Judge to consider omitting a declaration by a former water board member made two months after the owners of Paradise Canyon (dba the Wolf Creek Golf Club in Mesquite, NV.) filed a rate-setting complaint against the Water Board. The issue was the competency of Karl Olaf Gustaveson, a former board member who died on Feb 29, 2020, allegedly from Alzheimer’s complications.

Instead of sticking to the issue of competency at the time of the declaration, Bingham went off into what Jeff Sylvester, attorney for Paradise Canyon, called “Alice in Wonderland” territory.

Such diversions from the issue caused Judge Williams no less than 21 times to interrupt Bingham telling him to stay on point or clarify his comments.  Several of the interruptions came after Bingham, as he had done in prior hearings, contested the appropriateness of the Judge’s past rulings.

The Paradise Canyon attorney went on to say that Bingham presented no evidence that Gustaveson was incompetent at the time of the declaration.

The case is simple enough. The Golf club owners want a jury to decide if the covenant of good faith and fair dealing provision in contract law applies to the Water Board’s decision to raise their irrigation rates by 500%.

Bingham contends that the Water Board, a government entity, has absolute and sole discretion to set those rates. Since the beginning of the action, Judge Williams warned Bingham that absolute discretion does not mean they can do anything that rises to bad faith.

Virgin River irrigation water is not the same water that the SNWA leases. On paper, the amount of water, minus a percent for evapotranspiration and evaporation, is subtracted from the MIC or BIC lease held by the Water Board.

However, if and when SNWA decides to use the agreed-upon amount, they take it from the main Colorado River water stored in Lake Mead, miles from where the Virgin River, a tributary to the Colorado River, enters the lake.  That somewhat cleaner Colorado River water is run through SNWA’s cleaning process and delivered to their Las Vegas metropolitan community as domestic water.

The Golf club owners want a Jury to determine if the Water Board acted in bad faith by applying the SNWA rate on their domestic water deal to less valuable water used locally for irrigation.

Monday’s hearing was a competency declaration hearing. During the hearing, Bingham attempted to convince the Judge that the only conversation Cory Clemetson, a managing partner on the Golf Club, had about a lower rate occurred in a single telephone conversation between him and Gustaveson. Therefore, Bingham contended, the owners lacked a reasonable expectation of a lower irrigation rate.  Thus, Bingham said they must pay the higher SNWA “market” rate.

Bingham did not tell the Judge that he was present during a May 15, 2014, Water Board meeting when discussions about SNWA vs. local irrigation rates occurred in Clemetson’s presence.

The minutes of that meeting record [iii] that in discussing a new SNWA rate: “The annual rate per share will not change for those parties that currently hold a valid right of the first refusal (or option) under an existing lease agreement with VVWD through 2019.”

Further, in a discussion about setting the two rates, the record says that the Board can determine what price they would like to obtain in renting 14 BIC shares to SNWA. “This rate would not impact any other existing leases,” the record reflects.

Sandra Ramaker, a Board member, during the May 15 meeting, said she understood that the Water Board on Apr 24, 2014, tabled the SNWA lease discussion. She said the Board directed staff to form a committee and come back with a win/win situation for the District and the golf courses.

Bingham and Board Member Kenyon Leavitt agreed with Ramaker that the Board directed staff to form a committee and develop a win/win solution other than SNWA agreements at the April 24th meeting.

Clemetson also heard Bingham say during the May meeting that the District put together a standard leasing program a few years ago, and there were golf courses and other parties that Entered into lease agreements that will last through 2019.

Sylvester expanded the reasonable expectations argument by first saying that it is a question for the jury. And Sylvester told the Judge that he was unsure why Bingham kept referring to a single phone call between Gustaveson and Clemetson. Sylvester said, “we have 32 documents and evidence beginning in 2006, 2007, 2008, statements made by many in open and past statements [about duel rates].”

Bingham’s narrow argument in the Gustaveson situation is not his first attempt at evidence limitations. In the beneficial motion hearing, he attempted to argue that the owners of Paradise Canyon must declare the beneficial use of its irrigation water as a state requirement. However, Bingham participated in a Feb 24, 2020, deposition of Colby Pellegrino, Director of Water Resources for SNWA, when she declared that MIC employees are responsible for determining the beneficial use of shares they administer not the user [Paradise Canyon].

By constantly referring to past rulings by the Judge, Bingham hopes for a reconsideration of the Judge’s past orders.  He uses the same sheet of music in his out-of-context circuitous and time-consuming (but billable) arguments upon which he dwells.

Bingham equivocates again and again about using effluent before irrigation water, watering adjacent homeowners associations, the perpetuity of leases, and declaring beneficial use. And, of course, he pushes his contention that the water board has the sole discretion to set rates, regardless of the covenant of good faith and fair dealing provisions in contract law.  He has lost all his arguably ill-considered motions. The Judge has yet to decide on the beneficial use argument and Bingham’s argument about disqualifying Gustaveson.

The Judge told Bingham that if he disagreed, then file another motion. But the Judge warned Bingham against filing catch-all motions with everything included. Be specific, the Judge said.

After the hearing closed, Las Vegas Attorney Mark Hutchison, hired by the Water Board to support Bingham, entered an informal conversation with Judge Williams. They politely and without tension in their voices, discussed the impact of a 2,000 case backlog combined with the Covid-19 pandemic had on trials, attorneys and judges.

Bingham brought Hutchison, Nevada’s former Lieutenant Governor and former State Senator on the Water Board team, to someday plead with Judge Williams to allow for an evidentiary hearing and reconsider what Bingham has failed to argue over the years and months in this case convincingly.

And on Monday, Hutchison played his secondary role in the case. By talking politely and respectively from one professional lawyer to another, he took the tension created between Bingham and the Judge out of the air. 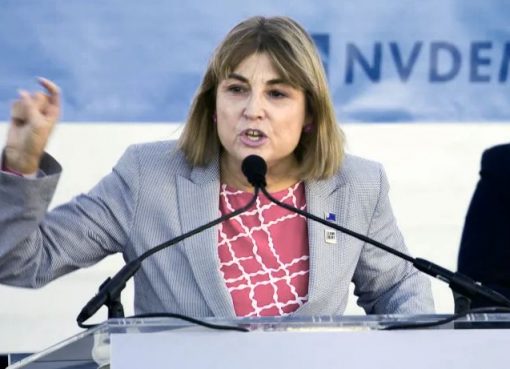 I am honored to be called to serve in the Biden-Harris Administration as Senior Advisor to Governors within the Office of Intergovernmental Affairs. In many ways, I will work on the same issues I have
Read More