This election is not what many of us had expected before Tuesday. But for Culinary Union leaders and members, they were prepared for a tough slog. And so far, it looks like all their work in the field is making the difference for Joe Biden in Pennsylvania, in Arizona, and right here in Nevada.

“Where is the evidence,” reporters asked, but Grenell said to ask Clark County — and the scene dispersed quickly from there: pic.twitter.com/uave02Un7I

As I said yesterday, there are reasons why President Donald Trump and his apparatchiks are desperately trying to stop the counting. They’re running scared. It’s truly that simple.

As we discussed yesterday, we’re seeing more signs of room where Democrats could have improved their game and prevented at least some of the madness that’s playing out now. Yet with that being said, these latest Nevada numbers have me feeling more confident that my final pre-election forecast may not be too far off once all the ballots are counted. As the indispensable Jon Ralston of The Nevada Independent explains, there’s very little left to count in the rural counties where Trump is winning big, or in Washoe County, where Biden leads by just over 4%. 90% of the remaining ballots are in Clark County, where Biden is gaining a whole lot of ground as more vote-by-mail (VBM) ballots are being counted.

1/2 For those not listening, Joe Gloria is saying that the count will go on throughout Saturday and Sunday if need be while the necessary work is done-including statutory requirements. @ me and I will just refer you to this handy 64-page bill

Some back of napkin math: There are ~114k mail and ~60k provisional in Clark. Clark mail today went 2-1 for Biden; data shows same-day registrants were about 50-50 D/R so…

In this scenario, +38k for Biden. https://t.co/GiPZpWg0Jm

As we have previously discussed, there is absolutely zero evidence for the “fraud” allegations that Trump and his allies love to hurl whenever voters have the chance to vote… And now, when election officials are doing their jobs and counting all the legally cast ballots. And for all the national media pundits’ hyperventilating over the speed of the counting, Clark County is on schedule, on track to add another 51,000 ballots to the count by tomorrow, and on track to finish its count by next Thursday, even as they’re swamped with a historic deluge of VBM ballots, about 60,000 provisional ballots to verify, and limited staffing to handle all this work.

Look, I get it: People want this election to end and end very soon. However, we must keep in mind that our election officials are working very diligently to ensure a fair and accurate count with all their available resources. It’s simply unfair to blame them for doing their jobs as well as they possibly can.

“Here in 2020, you’ve read all the analysis. There are 340,000 votes left to count. We believe we will win the majority of those votes and deliver our 11 electoral votes to Joe Biden.”

So why are they so confident? UNITE HERE had over 1,500 members do door-to-door canvassing and phone banking in Pennsylvania, Arizona, and Nevada. When she addressed UNITE HERE’s efforts to have 500 of those members work the field in Arizona, UNITE HERE 11 Co-president Susan Minato explained, “We set out a goal to hit 800,000 households, which we did achieve. We set out to have conversations with at least 200,000 voters, which we did achieve.”

And in echoing the robust optimism from Arizona Democratic insiders on the state of the race there, Minato exclaimed, “Here in 2020, you’ve read all the analysis. There are 340,000 votes left to count. We believe we will win the majority of those votes and deliver our 11 electoral votes to Joe Biden.”

“TV ads and mailers – they talk at people. What we do – we talk to people.”

Coming back to Nevada, Culinary Union Secretary-Treasurer Geoconda Arguello-Kline pointed out how they reached 100,000 voters and had conversations with voters in English, Spanish, Mandarin Chinese, Cantonese, and Tagalog, and that at least some of them were 2016 non-voters who eventually became 2020 Biden voters. So what was their message to these voters? As Arguello-Kline explained, “We had to work so hard for the last votes to turn out and be counted because we can not afford another four years of Donald Trump as president.”

In contrast to early Biden campaign messaging that centered on character arguments and lavish ad campaigns from groups like The Lincoln Project who chased after more Republican crossover votes and largely came up empty, Arguello-Kline argued that real conversations among real workers are far more effective in turning out real votes. Or as Arguello-Kline put it, “When you’re talking to people at the door, we know that’s the right way. […] We know a lot of people had no hope. We talked with people and gave them hope.”

When he addressed this question of what works in winning elections and why they took no comfort in public polling that may have painted an overly rosy picture for Biden, UNITE HERE International President D. Taylor stressed, “The types of people we were targeting, they didn’t always vote. We gave them hope to vote.” And when it comes to the ad campaigns that other anti-Trump groups relied on (see above), Taylor insisted, “TV ads and mailers – they talk at people. What we do – we talk to people.”

“Over half of our members are still out of work. The only hope we have is to win this election and have a new president.”

Again, for all the talk of how The Lincoln Project’s slick advertising and Michael Bloomberg’s big money bombs were destined to clinch the election for Biden, it’s increasingly looking like the kind of field work that UNITE HERE, other unions, and other grassroots progressive groups were doing proved far more valuable in turning out real votes for Biden. And just as we discussed yesterday, UNITE HERE officials stressed that conversations centered on classic “kitchen table issues” like health care, job protection, and eviction avoidance sealed the deal in persuading voters to turn out for Biden.

According to the Culinary Union’s Geoconda Arguello-Kline, “We put all our efforts because we know these hospitality workers have worked so hard. We had to work until the last day, the last minute, because every vote counts. We’re very proud of our efforts.”

And going forward, she made clear that their members and the voters they banked for Biden expect him to act to contain COVID-19 and guide our economy out of recession: “The only hope we have to get out of this crisis and this [recession]. Over half of our members are still out of work. The only hope we have is to win this election and have a new president.” Though we await more numbers to give us a better sense of where exactly we’ll land, it’s becoming more likely that Culinary will eventually be in a position to ensure that Biden delivers on these promises. 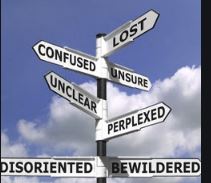 In light of recent events, I'm re-upping one of our past think pieces on the legacy of Dr. Martin Luther King, Jr. As much as we'd like to think of how much progress we made, America's current crisis
Read More