Bundy and Aaron Von Schmidt, 42, were scheduled to appear Monday, March 15, for trial in the Ada County Idaho Courthouse on charges stemming from their involvement in disrupting Idaho legislative committee hearings on August 25. The hearings included one to end Gov. Brad Little’s state of emergency over the Coronavirus.

Bundy and Schmidt and their supporters did appear outside the Courthouse. However, they refused to comply with an Idaho Supreme Court mandate to wear face masks when entering that building. Instead, they stood outside, thus missing their court appearances. Ada County Magistrate Judge David Manweiler issued a bench warrant charging them with failure to appear.

Ada County Sheriff’s deputies physically clashed with their supporters when taking the two men into custody. During the altercation, deputies arrested Casey Baker for battery on a law enforcement officer.

According to Ada County Prosecutor Whitney Welsch, “Before the arrest on the bench warrant, Mr. Bundy shouted at the Ada County Sheriff’s Office to arrest Judge Manweiler for violating the law and his rights.” A charge Bundy denied.

Welsch said that after arresting the two men, 12-15 members of Bundy’s group showed up at Manweiler’s home to protest. The demonstrators yelled, shouted obscenities, rang his doorbell, and wrote “tyrant,” “mask-hole,” and “dismiss the case” in front of his home with chalk, the Prosecutor said.

“They told a neighbor they were just getting started, and then they would return the next day for round two,” she said.  Welsh added that she believes the demonstrators went to the judge’s home at Bundy’s direction.

An Ada County Sheriff’s official told Boise’s KTVB that Bundy “totally refused” to participate in the booking process before his initial arraignment, including fingerprinting and having a mugshot taken. Deputies placed him in a holding cell until he complied. He eventually complied.

During a virtual hearing, last Tuesday Judge Adam Kimball told both Bundy and Von Schmidt that he was leaving their bail at $10,000, as Welsch requested. Kimball told Bundy and Von Schmidt that they must adhere to several pretrial restrictions if they posted bond. Those included attending all court appearances, notifying the court of any address change, wearing a court-approved face mask inside the Courthouse, and complying with the jail booking process.

Bundy and Von Schmidt left the county jail after posting bonds. They face a May 10 jury trial.

Kimball released Baker after his virtual hearing Tuesday, citing his lack of criminal history. Baker’s next scheduled court date is a preliminary hearing on March 29. 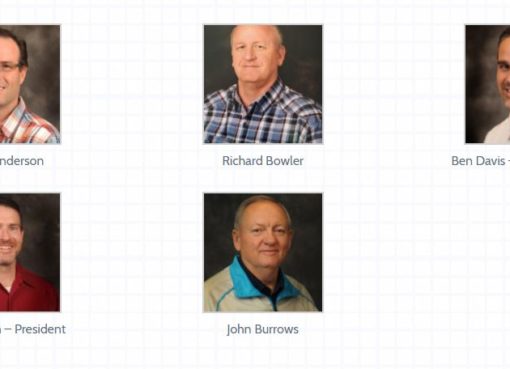 Mesquite, Nv. Tonight, the Virgin Valley Water Board (VVWB) voted to spend $45,000 on a water study that violates Nevada water policy in an apparent act of legislative defiance. And they voted to ign
Read More