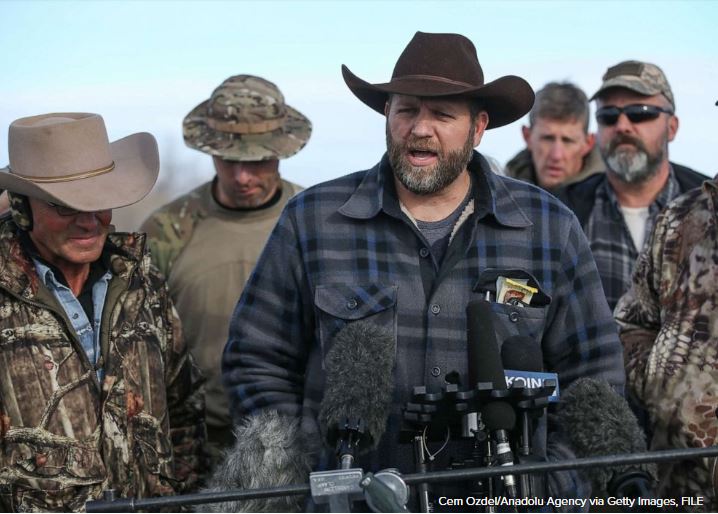 Boise, Idaho: Ammon Bundy’s attempt to govern Idaho follows the same old dodgy tirades attempted by his father and brother in their 15-minutes of inglorious fame- God, land, and Sovereignty.

For decades Cliven Bundy and his sons, Ryan and Ammon, illegally grazed their livestock on public land leading to a dangerous standoff in 2014. When federal authorities attempted to remove his cows, Bundy and his sons organized armed militia members and intimidated the government into halting the operation. In January 2018, a federal judge dismissed all charges against Bundy and his sons related to the Bunkerville standoff.

At the top of their agenda is their use of Mormon scriptures to justify their anti-government behavior.  Cliven Bundy co-authored a 200-page anthology called “The Nay Book.” He began the document with the central question: “What is the constitutional duty of a member of the Lord’s church?” Bundy found answers in the scripture that he believed directed and justified him in “defending my rights and my ranch against the federal government’s tyrannical” usurpation of his land.

Ammon Bundy lectures in religious parables while imploring his People’s Rights movement members to use violence in righteous defense of the Bundy family view of the world. He claims that “It is never righteous to use it [violence] in the offense.” Bundy, a former resident of Mesquite-Bunkerville, Nevada, now lives in Emmett, where he announced his plans to become Governor of that state.

And on December 15, 2020, Ammon Bundy told his “People’s Rights” members to escalate conflict “before the world comes to an end,” according to reporters for the Idaho Press.

Like their father, the Bundy brothers believe that the Constitution was inspired, if not more or less dictated wholesale, by God—and that the founding of the United States was the first step toward the restoration of Zion on the continent where most of the Book of Mormon takes place, Pogue said.

Pogue wrote that “for the Bundy’s, [The Constitution] is an expression of certain natural rights, which are “our rights to life, liberty, and property.” “Property, for them, is gotten and maintained, in a very frontier way, by your right to “claim, use, and defend” it, as they repeat ad nauseam,” he said of the Bundy’s.

Ammon Bundy announced his run for Idaho’s Governor on June 19.  He declared:  I’m running for Governor because I’m sick and tired of all of this political garbage just like you are,” adding,  “I’m tired of our freedoms being taken from us, and I’m tired of the corruption that is rampant in our state government.”

Bundy cooked quarter-pounder “Bundy burgers” allegedly made from his father’s free-roaming malnourished cattle during a recent barbecue held to announce his political agenda.

When asked about the phrase sovereign citizen, Bundy said, “You’re either a sovereign, or you’re a citizen. I believe that I am a sovereign. People created government; the government did not create people. So, the government is not my master; I am theirs.”

Bundy is attempting to use the governorship to transfer federal land to state control in the Idaho campaign.  His father tried the same thing.

Nevada’s Center for Biological Diversity (CBD) had entered the fray, arguing that “Bundy’s claims are barred by the doctrine of issue preclusion in light of previous adverse federal court decisions to which Bundy was a party.”

Judge Crocket, in his ruling, said: “It is painfully obvious that the claims asserted by Bundy in the instant matter rest upon a fundamentally flawed notion advanced by Bundy since 1998 regarding ownership of federal public lands in Nevada.”

His claims stem from the April 2014 grazing fee debacle. In his mind, these federal officials engaged in unlawful search and seizure and excessive force in violation of the Fourth Amendment, retaliation for the raid, arrest, and prosecution. As might be expected, he claimed all the defendants violated the Religious Freedom Restoration Act since he is a member of the Mormon church.

On July 2, 2014, The district court dismissed the complaint, arguing that the case was factually implausible, and his claims of the conspiracy were unspecified.

Some voters may be attracted to Bundy’s claims that “he is a victim of the state suppressing his right to free speech,” Devin Burghart, who tracks Bundy as executive director of the Institute for Research and Education on Human Rights, said. [iv]

On July 1, Ammon Bundy was found guilty after a four-day jury trial and brief jury deliberations. Officials had charged Bundy with resisting and obstructing officers during the August 25, 2020, legislative committee discussing and voting on several bills, including one to end Gov. Brad Little’s state of emergency over the Coronavirus. Officers ultimately wheeled him out of the Capitol building on a swivel chair

Bundy received three days in jail. But with credit for time served, he will do no additional jail time. Magistrate Judge David Manweiler also imposed 48 hours of community service and a $750 fine for Bundy.

A co-defendant, Aaron Von Schmidt, was found guilty of misdemeanor trespassing. He was sentenced to three days in jail and got credit for time served and a $500 fine.

[i] Pogue, James, ‘The Religious Ideology Driving the Bundy Brothers, May 17, 2018, at https://www.outsideonline.com/2308761/religious-ideology-driving-bundy-brothers#close

[ii] In 2016, a federal grand jury indicted Bundy for offenses arising from the protest and armed standoff. The prosecution ended in a mistrial and dismissal with prejudice when the judge identified several instances in which prosecutors failed to disclose material exculpatory information in a timely manner. See Brady v. Maryland, 373 U.S. 83 (1963). The United States appealed that decision, and the case is still pending. See United States v. Bundy, No. 18-10287 (9th Cir. argued May 29, 2020).

FYI, We’ll Be “On the Water Front” Again Soon.

https://www.youtube.com/watch?v=aUCsJTofACE In the mean time, the national media continue to zero in on our ecological ticking timebomb along the Colorado River... Well, that is, when they're not c
Read More 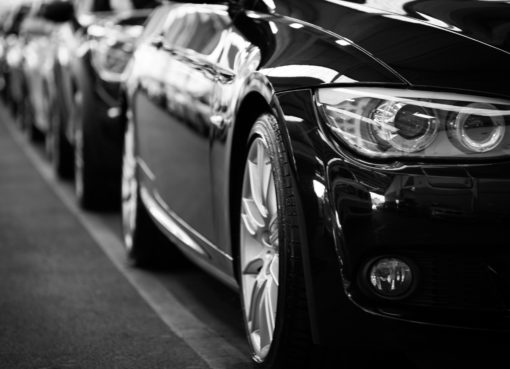