Hot on the heels of her triumph at the SEIU/CAP Forum, U.S. Senator and Presidential Candidate Elizabeth Warren (D-Massachusetts) held an ebullient town hall at Bonanza High School in Las Vegas last night. Speaking with about 500 people in the school gym, Warren expanded upon many of the ideas she discussed at SEIU/CAP. She also began to break some new ground in addressing civil rights, particularly immigrant rights and criminal justice reform.

Here’s how Warren concluded quite the eventful day here in the Silver State.

“For many, many years, I believe that’s what my mother taught me […] You take care of the people you love. Years later, I came to realize it wasn’t just my family’s story. It’s the story of millions of American families.”

Fresh off her stellar performance at the SEIU/CAP Forum on Wages and Working People earlier that day, Elizabeth Warren opened her own town hall with two surprises. First, living civil rights legend and former State Senator Joe Neal (D-Las Vegas) offered her a resounding endorsement. Second, she offered an explanation of her latest policy proposal: A bill she just introduced to improve military housing and hold accountable private contractors who built substandard military housing units. For her, it’s about principle: “You don’t just show your gratitude with your words. You show your gratitude with your actions.”

Warren then transitioned to the story of “The Dress”, or the dress that her mother only brought out for weddings, funerals, and graduations. She brought out the dress to apply for a minimum wage job at Sears, a job that saved her family and their house. This experience taught Warren a critical lesson: “For many, many years, I believe that’s what my mother taught me […] You take care of the people you love. Years later, I came to realize it wasn’t just my family’s story. It’s the story of millions of American families.”

“I’m tired of freeloading billionaires. Let’s make them pitch in with two cents!”

While some pundits and politicians continue their esoteric debate on the alleged meaning of “socialism”, Warren continues to preach her message of big economic reforms. Or as Warren put it, “We’ve got to change some basic rules in this economy.”

“How about we make the richest people in this country pay for their fair share? I’ve got a plan for that. I really do,” Warren said. Yes, this is where Warren explained her wealth tax: 2% on total assets worth $50 million or more, and 3% on total assets worth $1 billion or more. “It’s not about being punitive. You built or inherited this great fortune. Good for you. You’ve got one of the great fortunes of America, but that fortune was built on part of all the workers we educated,” Warren explained. She continued, “We’re saying to you: You made it big, good for you. But how about two cents so every kid can make it good in this country?”

Once more, Warren explained how her wealth tax fully pays for her proposals for universal child care, universal preschool, living wages for PreK-12 teachers, universal free college, and “student loan debt cancellation for 95% for the kids in this country”. “We can do all five of those things, and we’ll still have nearly $1 trillion left over. This is what restructuring the economy means.” She added, “I’m tired of freeloading billionaires. Let’s make them pitch in with two cents!”

A little later, Warren opened up the floor for audience questions. One of the Nevadans who drew a lucky number was DREAMer activist Jazmin Cortez, who proceeded to ask Warren what she will do to protect DREAMers and refugees, and how she will connect with Latinx voters. On immigration reform, Warren committed to a path to citizenship for DREAMers, additional undocumented immigrants, and refugees who want one. She described it as this: “We need an immigration policy that reflects our values.” She later added, “We can show a path for change that can touch families.”

After the town hall program, I had the opportunity to ask Warren about the issues behind the push for (the now dead) AB 281 in Carson City, and what she wants to do on the federal side to reform the immigration enforcement system. Warren responded, “We need an immigration enforcement system that recognizes the difference between the threat posed by terrorists, the threat posed by criminals, and the [nonexistent] threat posed by 12-year-old girls. Right now, those seem to be tangled together in ways that don’t make us safer, and that, in fact, put more people at risk.”

Thus far Warren, fellow U.S. Senator Kirsten Gillibrand (D-New York), and former HUD Secretary Julián Castro are the among the very few presidential candidates who have endorsed the kind of “big, structural change” that the immigrant rights activists in the Abolish ICE movement have called for. Warren herself framed her position somewhat differently: “I think it needs to be reorganized significantly.” She further explained, “It needs to be reorganized. It can’t continue [as is] when it can’t tell the difference [between a real threat and a nonexistent threat]. It can’t operate in the same way where it treats children in the same way it treats terrorists and criminals.”

Already, Warren has begun to explain where exactly where she stands on immigrant rights. But as she continued speaking with reporters, Warren promised she will indeed develop a larger plan on comprehensive immigration reform soon.

And immigrant rights wasn’t the only instance where Warren connected matters of economic justice to matters of racial justice to demand broader, intersectional justice. Just like her Springs Preserve town hall in February, Warren pointed out how “redlining” installed racism in the nation’s housing policies nearly a century ago, and she promised that her plan will devote needed resources to correct historic wrongs that can be traced back to “redlining”.

Yes, she went there again. But you know what? That room of about 500 potential caucus-goers looked excited to go there with her, as did many of the activists at the SEIU/CAP Forum earlier in the day. When she called out, “Dream big, fight hard, and let’s change America,” a huge line began to form, a line full of people who had already taken several hours of their Saturday night to do a campaign event, and they decided to stay longer while she stayed longer to speak with them (and speak with reporters).

So next time you hear some national media pundit claim that voters aren’t interested in policy ideas, remember what happened here in Nevada. We may have another ten months to go before Democrats caucus, and we may also want to refrain from counting Elizabeth Warren out just yet.

Laxalt Not Right For Nevada, His Family Says

“It’s not that we’re turning on a switch and bringing people out. It’s about making sure that we can reassure people that they’re safe to go out.” That’s how Rep. Susie Lee (D-Las Vegas) described why
Read More 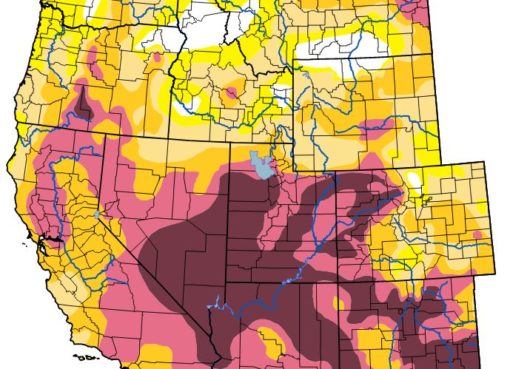