It’s not all that often we speak with any actual Olympians. But today, we caught up with ice skating superstar Adam Rippon and spoke about his trailblazing life in sports, pop culture, and politics.

Oh, and Rippon also spoke with us about the first Nevada presidential caucus he’ll be participating in and who he will be caucusing for next month. (Spoiler Alert: It’s in the title.)

Wait, why are we talking about Adam Rippon?

In 2018, Adam Rippon was the first openly LGBTQ+ U.S. Olympian to win a medal at the Pyeongchang Winter Games with his bronze-winning figure skating performance. And just before the Olympics, Rippon made waves with his condemnation of Vice President Mike Pence leading the U.S. Olympic delegation to South Korea that year. “You mean Mike Pence, the same Mike Pence that funded gay conversion therapy?,” Rippon said in an interview with USA Today in January 2018. “I’m not buying it.”

Since then, Rippon has continued speaking out on his YouTube channel, in his new memoir (Beautiful on the Outside), on Dancing With the Stars, and even with fellow “America’s Sweetheart” Sally Field. (Well, actually, she just gave Rippon a shout-out on Twitter in an effort to help her son Sam Greisman win a date with him.)

Last month, Rippon made news again when he tweeted this just hours before the PBS-Politico Debate: “We have got to get out and vote next year and with another debate tonight I’m just going to say what I’m thinking: There are some great democrats running for office but I REALLY like [U.S. Senator Elizabeth Warren (D-Massachusetts)].”

“I felt like I needed to use my voice, and I think right now is such an important time for us to speak.”

Flash forward to today: Adam Rippon came for the opening of the Warren campaign’s 11th Nevada field office. While Warren has already been steadily building up a venerable field operation in the Silver State, other campaigns have been catching up and the Nevada Democratic Caucus appears to be more in play and up in the air than ever before. And just before Rippon spoke with the 60+ people in the main room, he spoke with us about why he’s doing all this.

So why is Adam Rippon doing this now? According to Rippon himself, “Ever since the 2016 election, I’ve been way more involved, especially when I went to the Olympics and Mike Pence was the head of the athlete delegation. I felt like I needed to use my voice, and I think right now is such an important time for us to speak.”

Rippon then added, “Of all the candidates, I think Elizabeth is the best. I think she’s an amazing woman, and I think she’ll be an excellent president.” But with former South Bend (Indiana) Mayor Pete Buttigieg running to become the nation’s first openly gay president and other candidates also seeking to break historic barriers, why Warren?

And yet, Warren has come under fire over the course of this campaign cycle from rivals who’ve claimed her plans are “unrealistic”, “impractical”, and/or “counterproductive”. Just yesterday, fellow Senator Amy Klobuchar (D-Minnesota) contrasted her legislative record with Warren’s and fellow Senator Bernie Sanders’ (I-Vermont) and asked aloud to reporters, “What good is the progressive label if you can’t make progress?” And she, Pete Buttigieg, and former Vice President Joe Biden have all suggested that Warren’s plans will do more harm than good because her plans allegedly scare voters away from the Democratic Party.

“There are a lot of people who feel like they’re not represented in politics. I feel like Senator Warren [puts in the effort to] make them feel represented.”

Particularly for LGBTQ+ Americans, that hasn’t always felt real or potent. Just within my lifetime, we’ve seen dismissals of transgender civil rights, marriage equality, and other key fights for LGBTQ+ civil rights as “too extreme”. And even now, as Rippon experienced himself when he called out Pence’s record on civil rights and as Taylor Swift now sings, we’re often still told that “we need to calm down”.

When I asked whether he sees parallels between our community’s struggle for equality and acceptance and Warren’s fight for “big, structural change” across the board, Rippon replied, “Maybe that’s why I see a bit of myself in her. I feel she’s also been an underdog who’s come out on top.”

He cited her improbable rise to power, including her defeating the incumbent “Senator in a Pick-up Truck” Scott Brown (R-Massachusetts) in 2012, as proof that Warren can win. And in the ongoing intra-party argument over whether “movable middle” persuasion or base motivation is more necessary to win in 2020, Rippon made the case that Warren can do both. As he put it, “There are a lot of people who feel like they’re not represented in politics. I feel like Senator Warren [puts in the effort to] make them feel represented.”

“This is so important. We need to galvanize, get together, and use our voices.”

At today’s office opening, Adam Rippon joined State Senator Dallas Harris (D-Las Vegas, and she currently hasn’t endorsed anyone for president) and Warren campaign organizers to urge the crowd of just over 60 activists to get woke, stay woke, and fight like hell for the future they believe in. As Rippon told the crowd, “This is so important. We need to galvanize, get together, and use our voices.”

Like several other campaigns, Warren’s is gearing up for the home stretch. Less than six weeks away, early caucus voting opens on February 15 and runs through the 18th. The traditional caucus day is February 22, and the Nevada State Democratic Party will release its full list of (traditional caucus day) precinct sites on January 15. 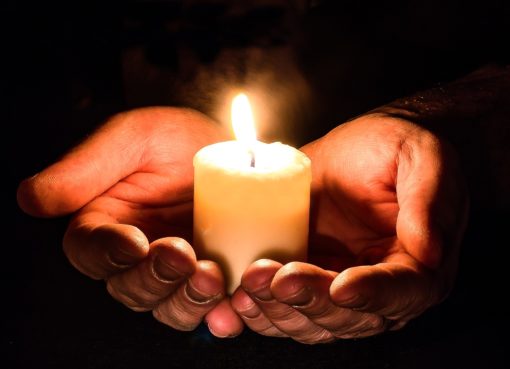 in memoriam to the 50 who died and the 50 injured in the New Zealand mosques shooting. [iframe width="1209" height="680" src="https://www.youtube.com/embed/_EvUHnm43wY" frameborder="0" allow="acceler
Read More

On the first day of early voting, U.S. Senator Bernie Sanders (I-Vermont) and the progressive activists at Make the Road Nevada wasted no time in encouraging supporters to go to the polls. At Desert P
Read More

Mesquite Water Board Defense in Law Suit Based On “reporter” Investigation, Attorney Argues

Las Vegas, Nv. For about 10-billable hours, over two court days, the publicly paid attorney for the Virgin Valley Water District (VVWD), Mesquite, Nv.  babbled on-and-on about the use of city-managed
Read More