Note: I am posting this obituary in memory of my high-school friend Don Van Noy.

Melvin Don Van Noy passed away from the indiscriminate COVID 19 on November 8, 2020. He was born May 31, 1944, to Melvin J. and Gwen D. Van Noy in Logan, Utah and grew up in Twin Falls, Idaho, where he was very active in sports, playing football, and earning a state division title in wrestling. He graduated from Twin Falls High School in 1962.   Don served a mission in Paris, France for The Church of Jesus Christ of Latter-day Saints. He attended Brigham Young University in Provo, Utah where he met and fell in love with DeAnn Williams. They were married in the Salt Lake Temple on D-day, June 6, 1968. He then graduated from BYU with a BS in accounting in 1969. After graduating from BYU, Don and DeAnn had six children: Alisa (Dee) Millich, Michelle (John) Walz, Christine (Craig) Smart, Aaron (Calene) Van Noy, Nathan (Effie) Van Noy and Joshua (Laura) Van Noy, they lived in Illinois, Idaho, and California before moving to Logan, Utah. Don always loved learning and received his MBA at Utah State University in 1986.

Upon completion of his MBA, Don accepted a position with Virginia Tech University on a project in Bamako, Mali, Africa. He spent the next 35+ years in the International Development field and felt joy working overseas on projects that changed lives. He developed and implemented programs to help alleviate the suffering of others, many of which are still in place today. His family was able to join him on projects in Bamako, Mali, Yaoundé, Cameroon, and Cairo, Egypt where they developed some of his love for travel, adventure, and learning about and helping others. Don was regarded as a man of great character and ethics. This was demonstrated by the trust others had in him with a high-level Egyptian official stating “If Don is good with the papers, I am too”.   He worked with many organizations around the world including Virginia Polytechnic Institute & State University, USAID, University of Arizona, The Mitchell Group, Elizabeth Glazer Pediatric Aids Foundation, National Institute for Allergies and Infectious Diseases, and United Nations in countries including Benin, Cameroon, Egypt, France, Haiti, Burkina Faso, Mali, Niger, Uganda, South Africa, Zambia, Liberia, and the Democratic Republic of the Congo. His death is a loss to the whole international community.

Don enjoyed mentoring others, collaborating on new projects, and attending conferences. He was an adventure enthusiast; he learned to parasail, went scuba diving, white water rafting down the Nile, Safaris in Kenya, ziplining, hiking and sleeping under the stars in Zion National Park.

He loved God and served diligently as a member of The Church of Jesus Christ of Latter-Day Saints. He served in many leadership capacities including Bishop, High Councilor, and served with his wife as Mission President of the Trinidad West Indies Mission from 2000- 2003, where they endeavored to help young missionaries as well as the people of the mission. The mission combined his love of international work and church service as it covered the area from St. Martin to the northern coast of South America included four languages, lots of travel and wonderful experiences.

To his family, Don was a husband, brother, daddy, and grandpa, a teacher, a listening ear, an advisor, a tax man, a coach, a great sleeper, a baby whisperer, a cheerleader, willing to help with anything, a gentle, loving, and kind man that taught his family to love God and love others.

Sadness has filled our hearts at the cruel disease of COVID that took Don from us too early. He had worked very hard to stay healthy and had no health problems at all prior to contracting the disease. Both his parents lived well into their 90s and we expected the same for Don.

The family will be forever grateful for the nurses, physicians, and staff at the hospital for their care and kindness in taking care of Don in his final days.

He is preceded in death by his parents Melvin J. and Gwen D. Van Noy and a granddaughter Emma Walz.

Don is survived by his beautiful wife, DeAnn, their six children, their spouses, 20 grandchildren, and five brothers and sisters.

Funeral services will be held Friday, November 13, 2020 at 1:00 pm at the Metcalf Mortuary Chapel in St. George Utah.

Due to social distancing, only immediate family is invited to attend in person but others are invited to attend virtually by emailing don.vannoy.funeral@gmail.com to receive a link for the service. Please include your name and relationship (how you know Don) in the request so that we can compile a virtual guest book for the family.

So this is Thanksgiving, and we’re here to give thanks… For somehow surviving the epic dumpster fire year that 2020 has become. But then again, 2020 isn’t completely over yet, so there’s still more wo
Read More 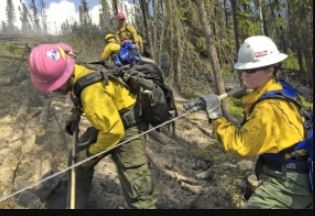 Legislation will permanently fund LWCF and establish a separate restoration fund to address the maintenance backlog at the National Park Service, Forest Service, Fish and Wildlife Service, Bureau of I
Read More

How many times must we say this: Reno is not Las Vegas. Hell, I had to remind myself of this last month, when the election results in Nevada’s two most populous counties began to diverge from each oth
Read More