Three years ago this week, the Las Vegas Strip changed. Though the untrained eye may not notice anything different, many of us here in Southern Nevada still feel it all around us, especially along that stretch of Las Vegas Boulevard between Russell and Hacienda.

This Friday will mark three years since a gunman opened fire and killed 58 concertgoers at the Route 91 Harvest Festival. Today we remember the deadliest mass shooting in U.S. history, the shift to a stronger gun violence prevention movement, and how we’re still working for #VegasStronger.

We originally published this story on October 1, 2018. This story contains some descriptions of gun violence and murders, so reader discretion is advised. Keep reading to the bottom for a brief 2021 update.

While I was sleeping, a tragedy was unfolding

As I was getting ready for bed, October 1 was a normal Sunday evening. I was worrying about stories for the week ahead. I was indulging in my typical slate of trashy reality TV shows that help me take my mind off more stressful topics.

I eventually fell asleep, but woke up just before 3:00 AM the next morning and learned about the shooting near Mandalay Bay. Within seconds, I was confronted with the reality that this wasn’t like all the other recent shootings on or near the Las Vegas Strip that resulted in one or two people dying (if even that).

Sadly, it was all too easy to become desensitized to the gun violence that was all around us. From 2012 to 2014, there were a series of shootings on The Strip, from a murder-suicide at the Excalibur’s hotel lobby to a startling attempted robbery backstage at “Thunder Down Under” (where, fortunately, no one was killed). And off-Strip, a person was killed by a gun every 20 hours as gun deaths were outpacing car deaths. While those deaths included active shooting incidents that captured national media attention, such as the shooting at Sparks Middle School in October 2013 and the “sovereign citizen” assassination of Las Vegas Metro Police Officers Alyn Beck and Igor Soldo in June 2014, there were many more gun violence tragedies across the state that attracted little or no media attention. But on the morning of October 2, the world seemed to stop on the Las Vegas Strip as the unthinkable finally occurred on our most famous street.

Amidst the pain and suffering, a new identity emerged: #VegasStrong

The day after the shooting, I rushed to Las Vegas Metro Police headquarters for a media briefing. Typically when I see a wide array of elected officials rush to the stage, it’s easy for me to roll my eyes as politicians seek extra camera time. But this time, it felt so different. Whether it was Governor Brian Sandoval’s (R) tearful remarks or Rep. Dina Titus (D-Las Vegas) voicing dismay over this tragedy afflicting so many of her constituents, their real pain was palpable.

The pain was even more palpable outside the Metro Police briefing room. The night after the shooting, people poured into Guardian Angel Cathedral to pay their respects to the 58 who lost their lives at Route 91. Three days after the shooting, when President Donald Trump stopped at UMC during his Las Vegas tour to thank first responders, I ran into someone outside the hospital who was searching for a loved one who was at the festival site Sunday night. And the week after, I spoke with a local mental health professional who was part of a small yet strong organization serving survivors in need of Spanish-language counseling, survivors who just beginning to process the trauma from the shooting.

In the days, weeks, and months that followed, I witnessed the pain, the trauma, the anger, and the horror evolve into compassion, generosity, gratitude, and love. In the immediate days following the shooting, “Helpful Hoodlums” rode to the rescue to provide supplies and helping hands. In the weeks thereafter, grassroots groups like Route 91 Strong emerged to assist more survivors in need. And to this day, citizen activists continue to raise awareness (and funds) for recovery efforts in this place where we live.

From 1 October to March For Our Lives, notes on the past year in gun violence prevention activism

Speaking of citizen activists, we’ve gradually seen a rising groundswell of support for gun violence prevention. Though we experienced the typical fadeaway of national media attention that occurs after mass shootings, the Parkland Shooting prompted a nationwide wave of student activism that ultimately reached Nevada.

In March, I encountered a few brave Nevadans who ventured all the way to Washington for the March for Our Lives to send a message to the nation’s leaders that Las Vegas can not and should not be forgotten. In April, I followed the UNLV students as they walked out and spoke out. And in July, I listened in as national and local March for Our Lives activists hit the “road to change” as they work to make change happen this November and beyond.

Thus far, no gun laws have changed in this state and only the most minor changes have occurred at the federal level. We’re still awaiting some sort of executive action on bump stocks, and we’re still awaiting the enforcement of the state’s background checks law. And just last month, Donald Trump said nothing about 1 October or gun violence while he was promoting his NRA-approved Supreme Court nominee.

Though the laws have barely budged in the past year, the attitudes in this state most certainly have. And in many ways, this shooting still reverberates so strongly one year later. Even now, I can still feel the sorrow whenever I go past Mandalay Bay. Yet at the same time, whenever I run around town, I feel a stronger sense of community, a stronger sense of belonging, and a stronger determination to make this already great place a better place for all who live and visit here. Even as challenges continue to arise, we continue to show the world we’re #VegasStronger.

On the state level, Nevada has stronger gun laws than what we had three and four years ago. In 2019, Governor Steve Sisolak (D) and Democratic legislators succeeded in getting a more comprehensive background checks law, a new state-level bump stock ban that’s tighter than the Trump administration’s federal bump stock rule, a “red flag” law, and a safe storage requirement. In 2021, Sisolak and Democratic legislators delivered a new state law to rein in 3-D printed guns and other “ghost guns” that are designed to evade state and federal gun safety laws.

On the federal level, we’re still waiting to see what else might happen. While President Joe Biden and most Democratic Congressional candidates campaigned on gun violence prevention, federal background checks legislation remains stalled in the U.S. Senate (following House passage in March) and the Violence Against Women Act remains largely expired due to the Senate’s filibuster rules. Despite the ongoing epidemic of mass shootings and other forms of gun violence overwhelming America, this continues to haunt us as our “new normal” (for now).

But as we like to say around these parts, we don’t have to just accept this as our “new normal” and make excuses for perpetuating these tragedies indefinitely. We can change this. We’ve already started to see change here in Nevada. If we can change here, the rest of America can also change this dynamic and stop this unnecessary bloodshed before it’s too late.

If you or someone you know is facing a major life crisis and struggling with thoughts of suicide, help is available. The National Suicide Prevention Lifeline is always there at 1-800-273-8255 (TALK). So is the Crisis Text Line, where you can start a conversation with a volunteer counselor by texting “START” to 741741. For LGBTQ+ youth in need of immediate help, the Trevor Project has a 24/7 hotline at 1-866-488-7386 and a text option (text “START” to 678678) available. And if you know anyone who’s currently experiencing domestic and/or sexual violence, the Nevada Coalition to End Domestic and Sexual Violence has a list of resources available across the state. And if you want to do more to help, check out the Nevada Coalition’s action page for ideas on getting more involved. 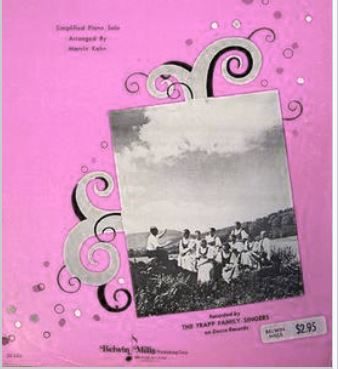 https://youtu.be/n9kfdEyV3RQ Bing passed away before this could air on television.
Read More

Thus far, we've only had three days of in-person early voting. Do you really think that's stopping the D.C. pundits from extrapolating the entire national midterm election based on our very first ball
Read More